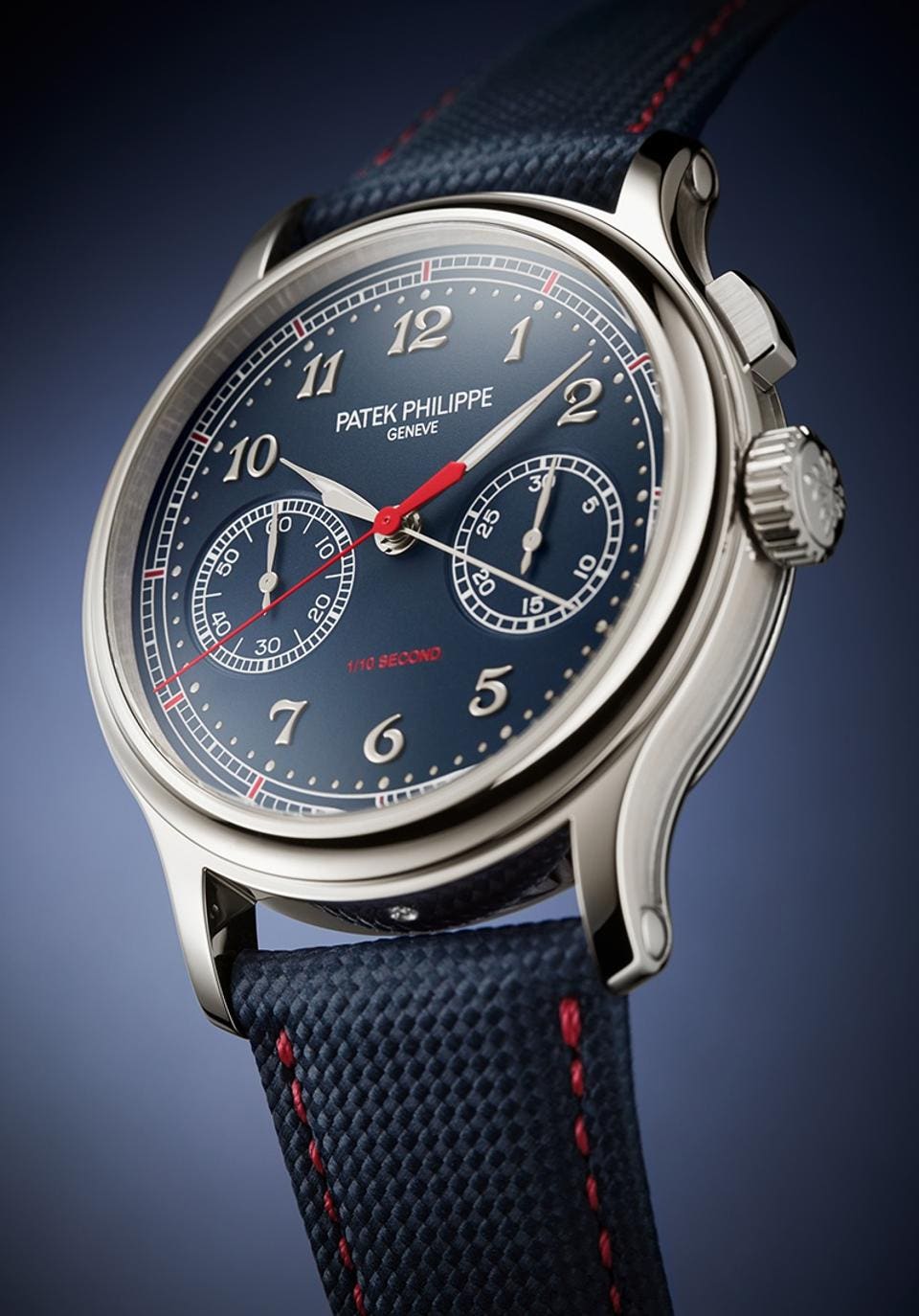 The new Ref. 5470P-001 1/10th Second Monopusher Chronograph is Patek Philippe’s first high frequency movement (5Hz, compared to the usual 4Hz), its first 1/10th seconds movement, and a new way to display 1/10ths of a second on a dial. Patek Philippe holds no less than 31 patents on the movement, seven of which are applied specifically to this reference. Essentially, its technical feat is the display of 1/10th of a second on the central dial simultaneously with the central chronograph seconds hand.

The movement, CH 29-535 PS 1/10, was 10 years in development. It is based on Patek’s split seconds chronograph movement, which has been around since 2009, but the rattrapante function has been replaced by the 1/10th seconds function. That sounds simple, but it was anything but. The 396-component movement essentially includes two separate chronograph mechanisms, one driving the central chronograph seconds, which rotates once every 60 seconds, and the other for the 1/10th seconds, which travels five-times faster around the dial, once every 12 seconds – hence the high-frequency of 36,000 vph or 5Hz.

Needless to say, these two speedy chronograph systems require lot of energy, and the movement has been highly optimized to compensate. First, the 1/10th second hand is made out of silinvar, a type of silicon, rather than steel, because it is 3.35-times lighter, thus requiring 3.35-times less energy to operate than steel. Secondly, the mainspring was made of nivaflex, which allowed for an increase in barrel torque without increasing the thickness of the watch – keeping it thin and wearable was one of the most important criteria in creating the new reference (it measures 41mm x 13.68mm). Finally, a high beat movement needs silicon escapement parts, which are lighter, offer more stability and have the advantage of being paramagnetic. The oscillating system here is Patek's patented oscillomax system, which includes a pulsomax escapement, gyromax balance and spiromax balance spring, all made of silinvar (silinvar and gold for the gyromax), a type of silicon. Patek holds 17 patents on this system alone.