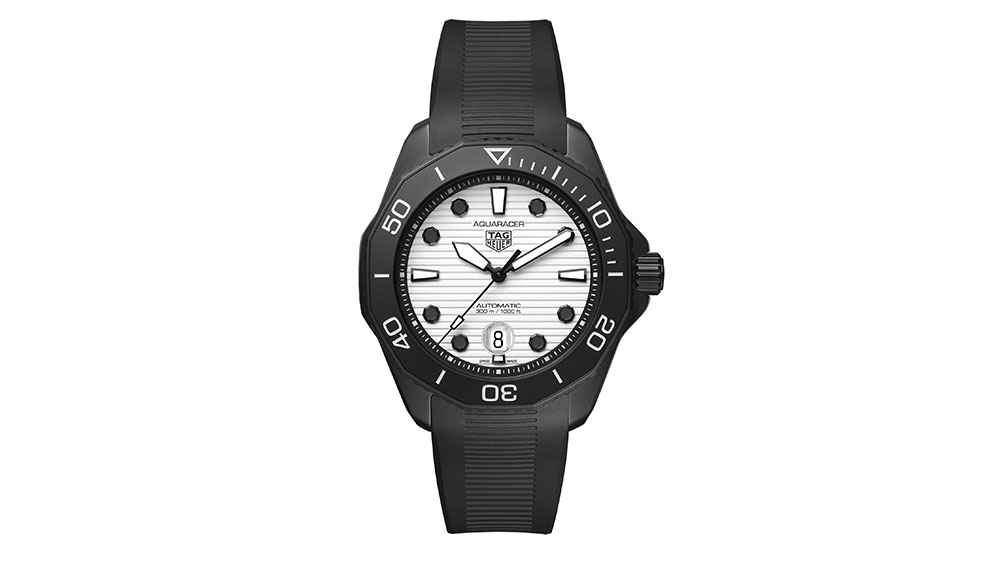 James Bond’s watch brand of choice may be Omega, but he’s not afraid to change things up. And now a TAG Heuer Agent 007 wore back in the ‘80s is coming back.

The Swiss watchmaker has just released the Aquaracer Professional 300 Night Diver, an updated version of the dive watch Timothy Dalton wore in 1987’s The Living Daylights. The sporty blacked-out timepiece may not be the first watch that comes to mind when one thinks of Bond, but it’s easily one of the more underrated options in his collection.

Although the 15th Bond film has no official timepiece, years of frame-by-frame analysis has convinced enthusiasts that the spy wears a black TAG Heuer 980.031 dive watch with a white lume dial in the movie. A slavish replica of this watch would’ve pleased plenty of aficionados, but the Night Diver is more than just that—it’s a thoroughly modern reworking of the original. 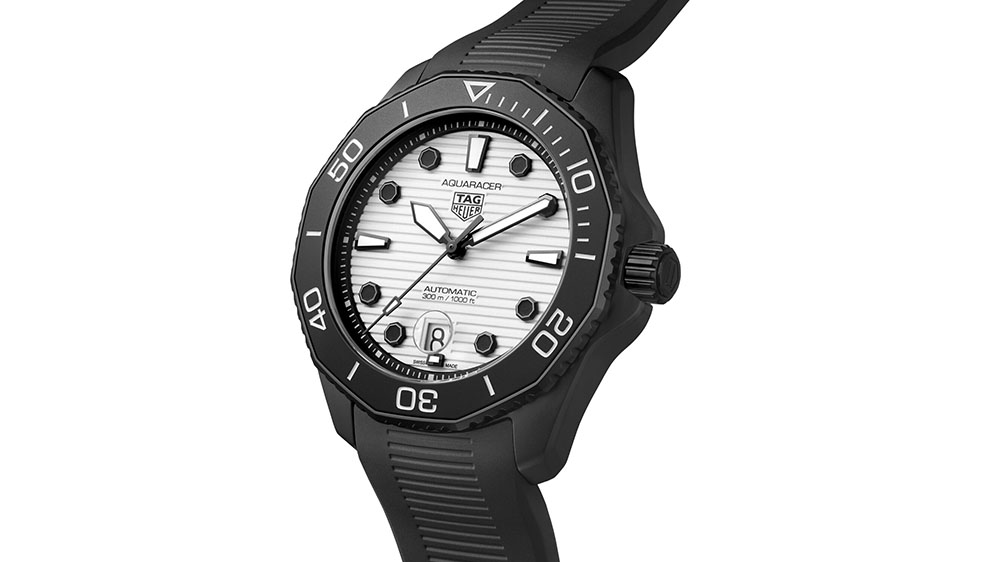 The new timepiece, ref. WBP201D.FT6197, features a 43 mm stainless steel case coated in black DLC (unlike the original’s black PVD finish) and is topped with a black ceramic turning bezel. Underneath its flat sapphire face, you’ll find an opaline dial with the Aquaracer’s trademark stripes that’s been treated with Super-LumiNova so that it glows in the dark. The biggest change between the two versions is the bracelet. Dalton’s was metal, while the new version has a rubber strap with a black DLC stainless steel clasp.

It’s not just the watch’s design that’s been refined. The original was a quart timepiece, while the new version is the brand’s in-house Caliber 5 automatic movement. The movement includes a 38-hour power reserve and 300 meters of water resistance, a big step above the original’s 200-meter threshold. 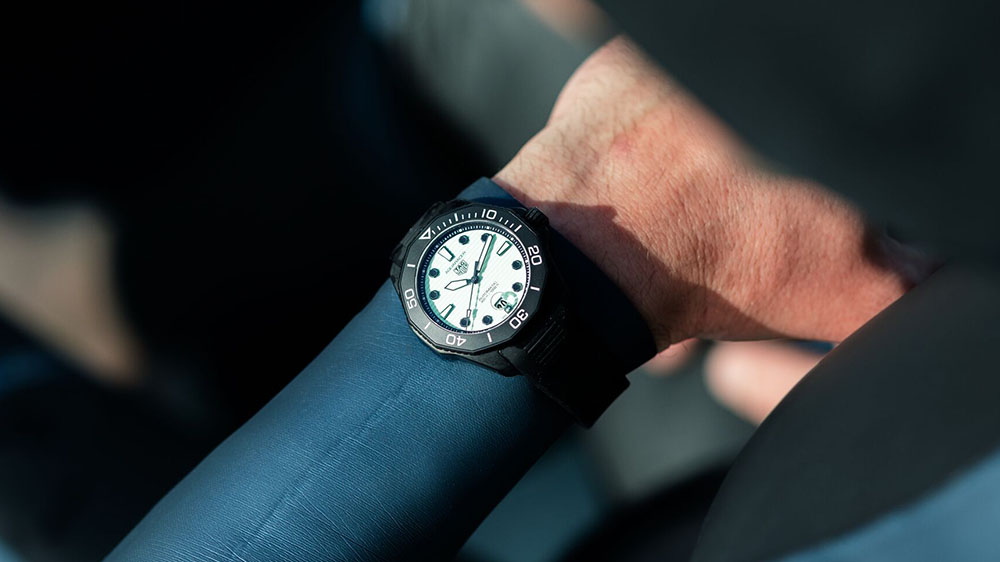 If you’d like a dive watch like Bond’s TAG Heuer, you can order yours now through the brand’s website for $3,350. It should be noted, of course, that this isn’t an official Bond watch. If you want one of those, you’ll have to go with an Omega, which just so happens to have released a dive watch of its own to coincide with the release of the 27th film in the franchise, No Time to Die.