Fossil has announced its fall 2021 smartwatch lineup running Wear OS, which it is calling the Gen 6 Touchscreen. As with the Gen 5 Fossil watches, the Gen 6 will come in a few different styles and sizes and there will also be versions sold under the Michael Kors brand. Prices will start at $299 and they’ll be available for preorder immediately. It does not appear that Fossil will offer LTE options.

Unfortunately, these watches will be shipping with the current Wear OS 2 software and not the new Wear OS 3 that runs on the latest Samsung Galaxy Watches. Fossil says that it’s going to offer upgrades to Wear OS 3 for Gen 6 watches in 2022, though exactly when in 2022 is a trickier question. Google has said that Wear OS 2 watches wouldn’t have updates available until “late 2022” and that even then those updates would require a hard reset.

Although Fossil’s Gen 6 watches won’t have the most up-to-date software for some time, the company is still making a solid go of packing more technology in than before. Fossil is adding an SpO2 sensor and claims it has an “upgraded heart rate sensor” with “improved signal accuracy.”

Fossil also says the Gen 6 will be the first watch to use the Qualcomm Snapdragon Wear 4100+ processor. The “+” part of that 4100 is supposed to equate to faster speeds, “more efficient power consumption,” and also faster charging. All three of those have historically been fairly bad on Wear OS devices, but especially the first two. Even Fossil’s own Gen 5 watches from 2019 (which used the Snapdragon 3100) were pokey and required an entire subsystem of confusing battery preferences to get through a normal day.

One small advantage Fossil may have over Samsung’s new Galaxy Watch is that the Gen 6 will use the Google Assistant and Google Pay instead of Samsung’s Bixby and Samsung Pay. For Samsung users, the Galaxy Watch 4 is likely to be a better fit, however.There are not many Wear OS manufacturers left to compete with, so for Android users looking for a full-featured watch the pickings are slim. Aside from Samsung’s option, there’s little else beyond Fossil and Mobvoi’s TicWatch line — almost all the other manufacturers have either given up or switched to lightweight, in-house software.

All of which could work in Fossil’s favor. If Fossil’s Gen 6 watches can at least rise to an acceptable level of speed and battery life, they may be a viable option for Android users. Google is backporting some of its improved Wear OS apps to the current platform, too, which could help.

Even though Fossil’s news today is focused on the improved specs, speeds and feeds have never been the main selling point for its smartwatches. Instead, it primarily aims to make something that people would be happy to wear. You can take a look at a small gallery of the different Gen 6 models Fossil is releasing below. 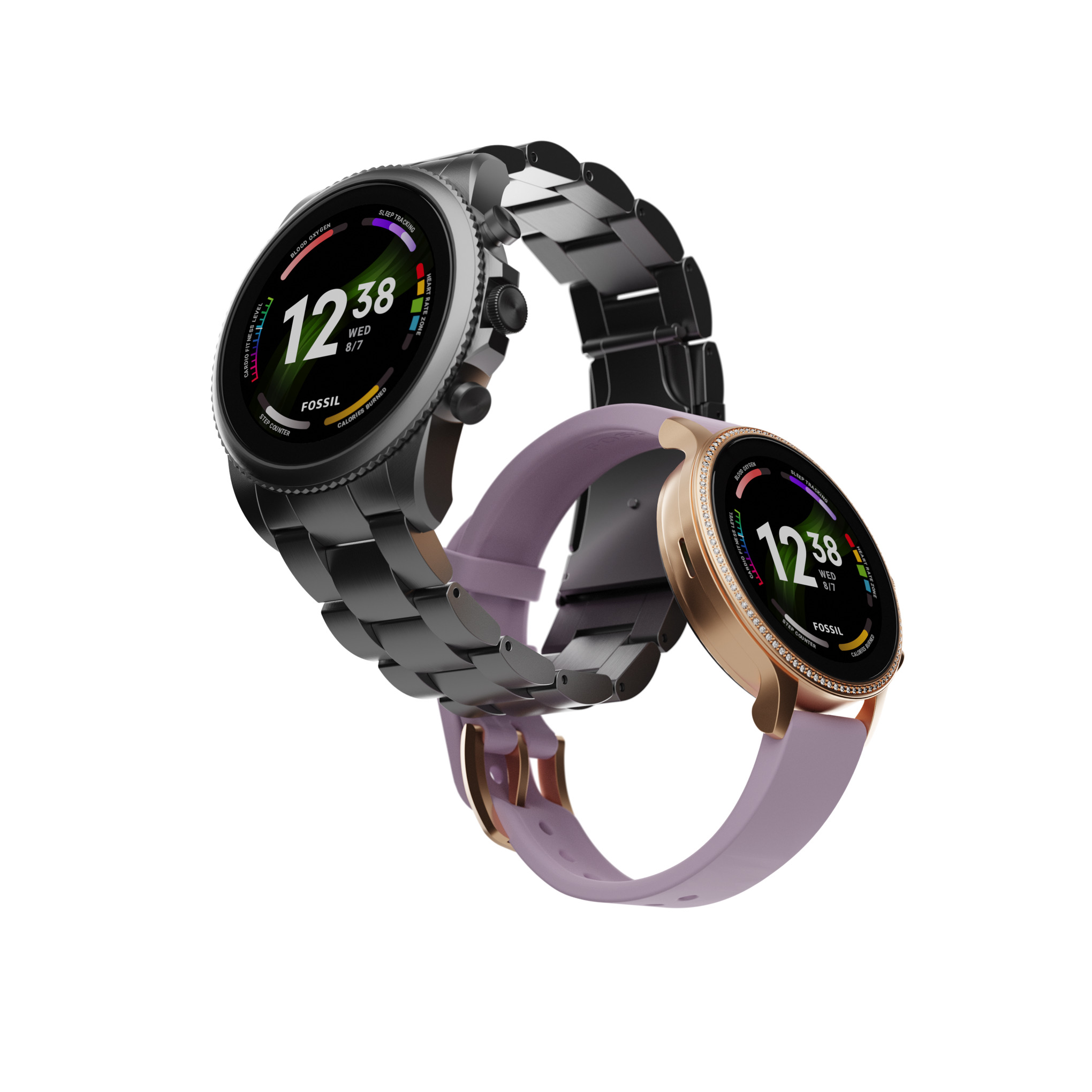