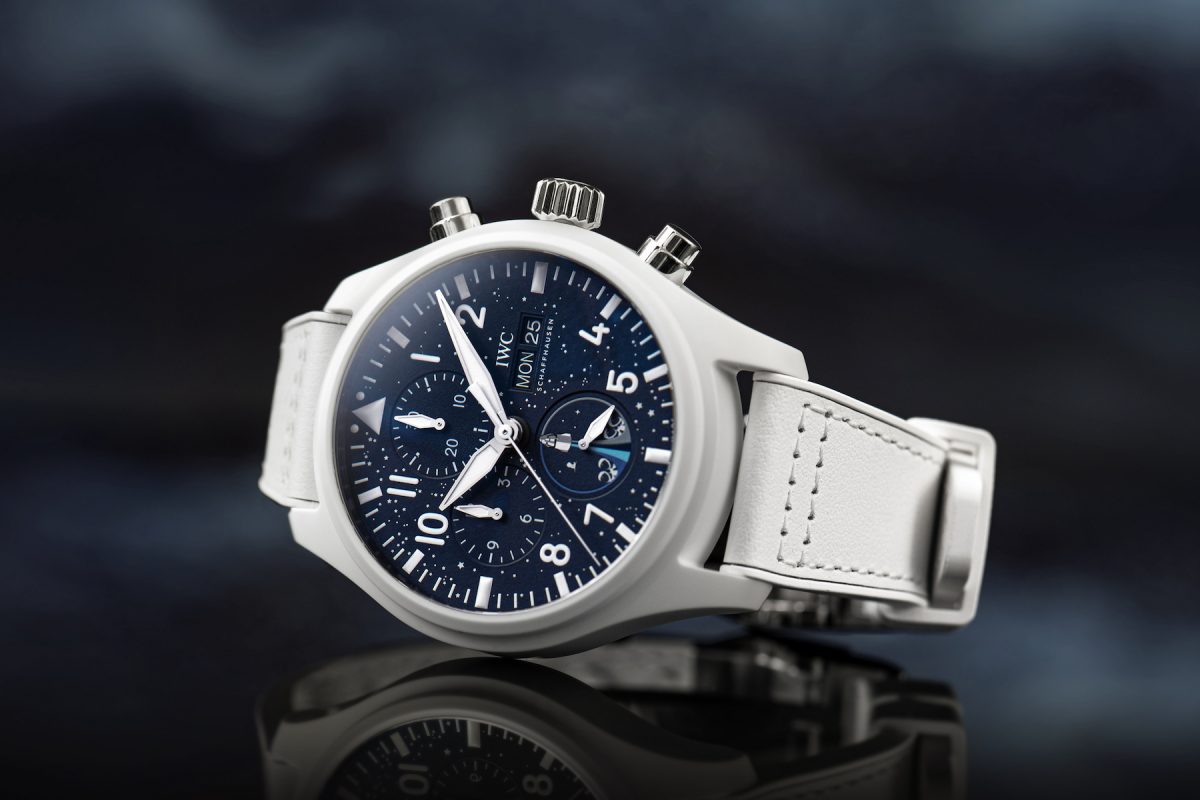 2021 has truly been a bizarre year. Not only have we had to contend with a global pandemic, but we’ve also seen the first flickerings of a new space race – this time between venture capitalists instead of competing superpowers.

Of course, space exploration and the history of high-end horology go hand in hand. An essential part of an astronaut’s toolkit has always been their timepiece, especially in the early days of spaceflight. Some watchmakers have forever secured their place in the annals of history thanks to their appearance on astronaut’s wrists: Bulova, Rolex, G-SHOCK, and of course, OMEGA – the Speedmaster Professional holding that lofty title of ‘first watch in space’.

Now, IWC Schaffhausen can join that illustrious company. The storied Swiss watchmaker, which has long had an association with aviation, has unveiled a new and rather beautiful mechanical chronograph that’s destined to be the next watch in space.

To support Inspiration4, the world’s first all-civilian mission to orbit, IWC has designed and donated a series of unique, space-themed Pilot’s Watch Chronographs. The watches will be worn by the four crew members on their journey into space, before being auctioned as part of the mission’s aim to raise funds for and promote the life-saving work of St. Jude Children’s Research Hospital. 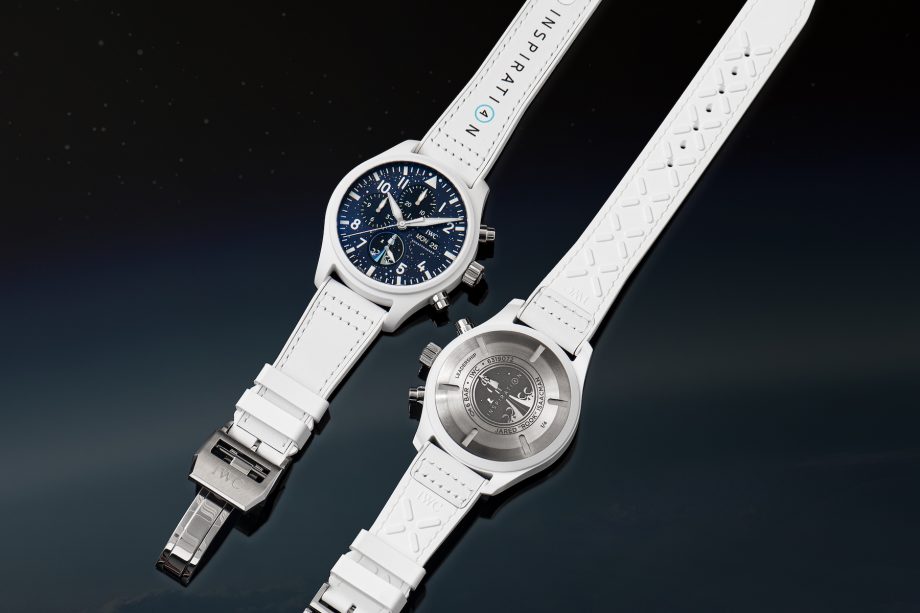 The Pilot’s Watch Chronograph Edition “Inspiration4” (ref. IW389110) features a case made of stunning white ceramic and a dark blue lacquered dial decorated with dozens of stars, to resemble the night’s sky. On each of the four watches, the titanium case back has been engraved with the name and mission value represented by the respective crew member. Additionally, the small seconds counter features the Inspiration4 logo, and the unique white rubber/leather strap features Inspiration4 branding.

It’s a stunning and historically significant watch that we hope will help Inspiration4 raise even more money for St. Jude’s, a significant contributor to medical research, especially around the treatment of children’s catastrophic diseases, particularly cancers.

Inspiration4 will be the first human spaceflight to orbit Earth with exclusively private citizens on board. The brainchild of Jared Isaacman, a pilot and the billionaire CEO of Shift4 Payments, Issacman will be joined by Hayley Arceneaux, a St. Jude’s employee and bone cancer survivor; Christopher Sembroski, a data engineer and US Air Force veteran; and Sian Proctor, a geology professor and science communicator. Inspiration4 will fly on board the SpaceX Resilience capsule on the 15th of September.

We just wonder what the next watch in space will be…